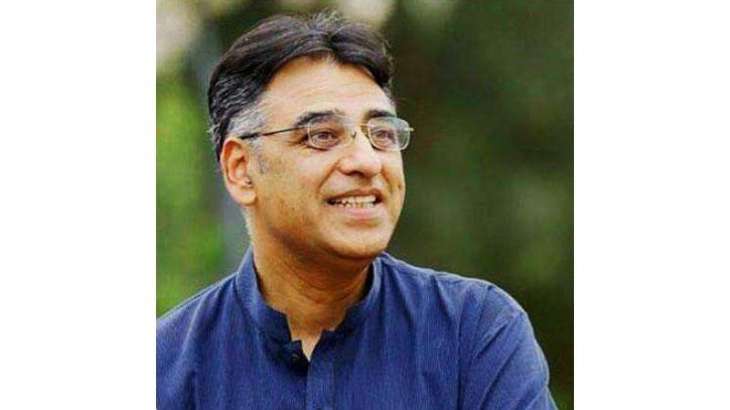 ISLAMABAD, (UrduPoint / Pakistan Point News – 30th Dec, 2019 ) :Minister for Planning and Development Asad Umar on Monday said the benefits of China-Pakistan Economic Corridor (CPEC) will start to trickle into the productive sectors of the economy including industry and agriculture during the year 2020.

The first phase of CPEC (early harvest projects) addressed key infrastructure gaps in the economy with focus on energy and transport bottlenecks, he said in an article.

He said the big projects under CPEC targeted to be completed in 2020 include the trade and transport connectivity projects of KKH Phase-II Havelian-Thakot (118km) road and the Sukkur-Multan (392km) highway.

These projects will significantly reduce the transit time and encourage greater trade of goods and services. Whereas, he said Rs40 billion in Chinese grants is being invested in Gwadar for upgrading the airport and roads infrastructure.

He said the big project targeted to be launched in 2020, is the up-gradation of the Railways Main Line (ML-1), a $9 billion project – which will significantly enhance the railway infrastructure for trade in goods and services.

Phase-II of CPEC will build on the success of the early harvest projects and in 2020 resources will be focused towards generating greater economic activity and job creation, he added.

The SEZs will help to attract large FDI into Pakistan and help to reverse the tide of de-industrialization over the last 10 years. The government has announced incentives including tax holidays to attract business to make investments in Pakistan through joint ventures with local industry.

With respect to economic performance of the government, he said that Inflation was the biggest challenge facing the economy in 2019 as Consumer price Index (CPI) inflation accelerated to 10.

8 percent during July-November FY20, compared to 6.1 percent in the same period last year.

Rise in inflation is a direct consequence of the economic challenges inherited by the PTI government. This includes large twin deficits and record high circular debt.

When PTI government took office, current account deficit had hit record levels of $20 billion, with dwindling foreign exchange reserves and large external debt payments looming ahead. To avoid a default on debt obligations the government had no option but to realign the exchange rate. Between August 2018 to December 2019, the Currency devalued by 25 percent (from 124 to 154). This has been a major contributor to rising inflation.

“Through significant reduction in the twin deficits, we are targeting to reduce inflation in 2020. Greater stability in the exchange rate, zero borrowing from SBP and tighter monetary policy are all measures geared towards bringing down the burden of inflation. On top of these policy measures, the government has also increased subsidies to shield consumers from rising power and gas costs. Similarly, government has allocated higher subsidies at utility stores and ‘roti-tandoors’ for citizens.” The planning minister said the PTI government strongly believed in making Pakistan a welfare state and in the FY20 Budget, the government substantially increased pro-poor spending under the PM Ehsas program.

SEZMC invites a proposal for development of the Marble City project

Pakistan made attempts to create SEZs in the past & has promoted industrial clusters from 1960’s onwards (for instance forgotten Kala Shah Kaku Industrial Estates in Sheikhupura District). 09 SEZs have been announced under CPEC in Pakistan