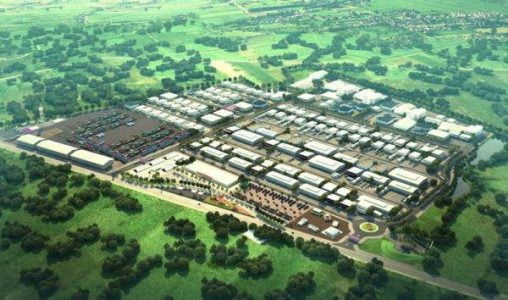 The government of Sindh has called for re-bidding for the Dhabeji Special Economic Zone (SEZ) after the developer, selected earlier through bidding, withdrew due to the disruption caused by the Covid-19 lockdown.

The SEZ is planned to be constructed on the public-private partnership (PPP) model.

“The preferred bidder was unable to move on with its commitment due to the severe impact of Covid-19,” said Special Economic Zone Management Company (SEZMC) Chief Executive Officer Abdul Azeem Uqaili in an interview with The Express Tribune.

The project would be established in partnership with the private sector on design, build, finance, operate and transfer (DBFOT) basis, he said.

Uqaili elaborated that the concession holder would be responsible for developing the entire 1,530 acres of land according to the Request for Proposals published in various newspapers. The concessionaire would also be responsible to attract enterprises to establish their facilities within the SEZ and operate and maintain the area over the 20-year concession period, he said.

A pre-bid meeting is scheduled for December 23 and the last date for submission of bids is February 9, he said. Technical bids will be opened on the same day.

Dhabeji SEZ is a priority project under the industrial cooperation between Pakistan and China and falls on the China-Pakistan Economic Corridor (CPEC) route.

“The zone is well-connected to both Karachi Port and Port Qasim through rail and road routes,” said the CEO. In addition, the SEZ would have uninterrupted supply of electricity, gas and water, Uqaili said.

“Dhabeji project is expected to generate $1 billion in investment and 100,000 direct and indirect jobs,” he said. “The development cost of the project is approximately $120 million.”

A jetty to connect Port Qasim with Dhabeji SEZ is envisaged to facilitate export-oriented industries, the official said.

In addition, a dedicated railway cargo deck from the zone to Mainline-1 (ML-1) near Dhabeji junction is being planned, which is aimed at providing direct logistical connectivity to northern Pakistan for the transportation of finished goods.

The government of Sindh recently expressed the desire to expand the Dhabeji SEZ by an additional 1,500 acres, he said. This will make Dhabeji economic and commercial hub of industrialisation near Karachi. Provincial and federal governments are committed to spending over Rs10 billion on external infrastructure to provide utilities and access to the zone, he said.

A dedicated 220-kilovolt grid station worth Rs4.3 billion would be established by December 2023 through the federal Public Sector Development Programme near Dhabeji zone with the help of National Transmission and Despatch Company, he said.

“In addition, a dedicated gas network is under construction which will provide 15 mmcfd of gas from SSGC,” he said. “The project will be completed in December 2021.”

A direct road connecting Port Qasim with Dhabeji is also being built by the government of Sindh. Besides, a dedicated water channel to provide 10 million gallons of water daily is being constructed by the provincial government.

Pre-Bid meeting for the Hiring of Transition Advisory and Third Party Validation for Khairpur Special Economic Zone was held on 5th January, 2022 at SEZ Management Company.

Meeting with the KATI Group